Rochester Experts Who Repair an AirMatic Suspension Failure in Your Mercedes

The AirMatic Suspension is a proprietary system in Mercedes Benz models. This suspension type differs from other steel-spring suspension systems with adjustable air springs. AirMatic works by regulating the quantity of air in each air spring/air bag as it rises vertically, resulting in more comfort and reduced body roll.

The AirMatic suspension is made to withstand road shocks and keep your tires in contact with the road when driving over bumps and imperfections. With just the push of a button, the air springs can rapidly adjust to any road, effectively reducing the impact of shocks from bumpy terrain.

The Benefits of an AirMatic Suspension

Look for these Signs of an AirMatic Failure

There are three parts to the AirMatic suspension that are common problem areas: relays, compressors, and leaking airbags. Relays frequently get stuck on. This will result in a discharged battery and possibly a worn compressor. It will also cause the relay to malfunction. In some early models of the AirMatic, leaks are widespread. Even though subsequent models have a better air spring design, they can still leak with time. These few are a couple more reasons your AirMatic suspension system may fail. 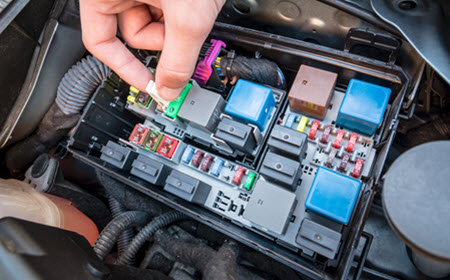 the best maintenance and repairs from qualified technicians who can accurately diagnose and replace your components with OEM parts. Our friendly staff and expert mechanics at Hagan’s Motor Pool are experienced with luxury vehicles.

Whether you are in Alton, Barrington, Berwick, Dover, or Rochester, we are your go-to dealership for European and German auto services.

We are a proud veteran-owned business located at 152 Farmington Road in Rochester, NH. If you suspect you have issues with your AirMatic system, call or visit us today to schedule an appointment. We look forward to earning your patronage.